Some of our weaving patterns are adapted from historical sources, but at times this journey can require a fair amount of revision until we settle on a final design we’re happy with.

For the curious, here’s an example of one such journey. I was flipping through images on handweaving.net when one particular design caught my eye.

I started by choosing a section of that design to replicate as a 27-peg potholder weaving pattern. 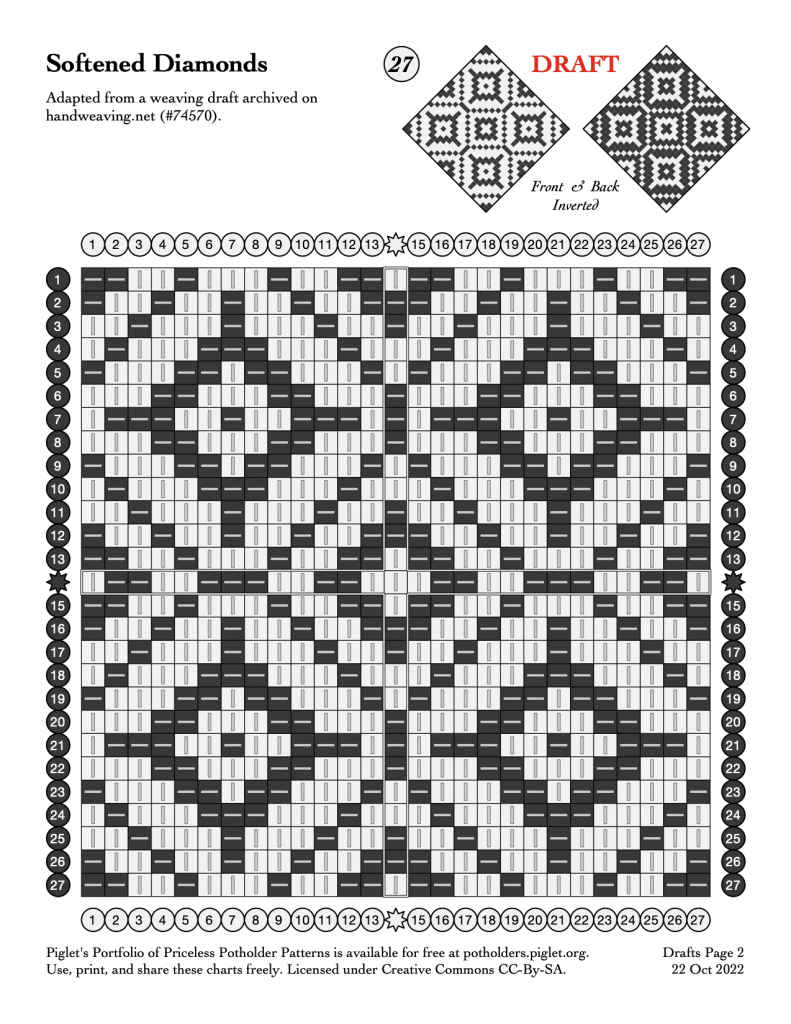 I handed this off to Piglet, who promptly wove it up, marking up the chart as she went along. 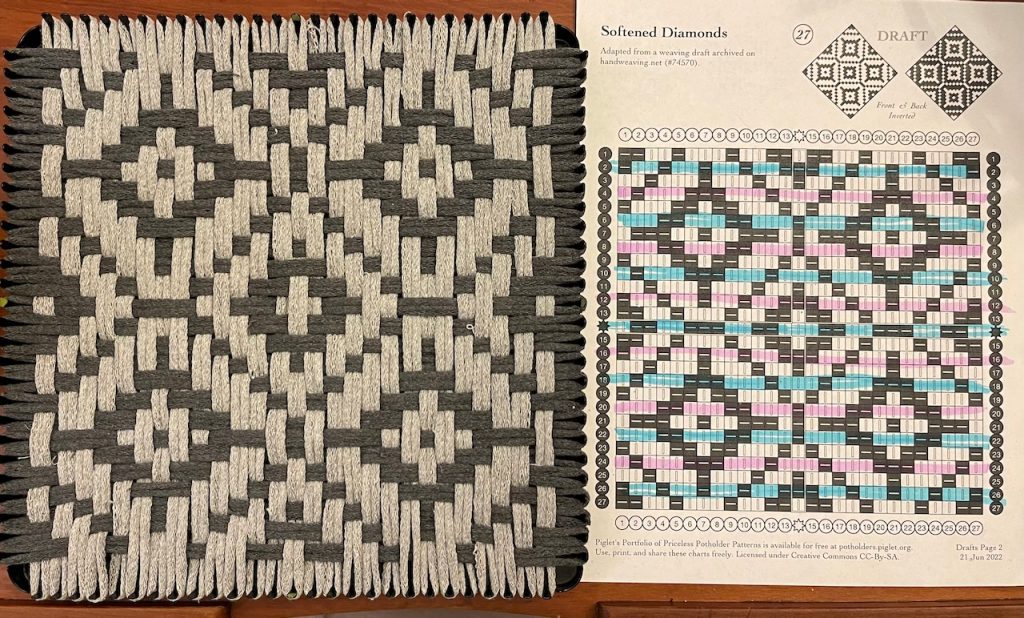 However, when it came off the loom, the results were disappointing — those long floats weren’t consistently stabilized, and some of them mashed together, producing a design that was no longer symmetrical.

Nonetheless, the diagonal tile effect was attractive, and I was determined to salvage something from this, so we brainstormed a revised design that utilized only the center section, repeated over the entire fabric. 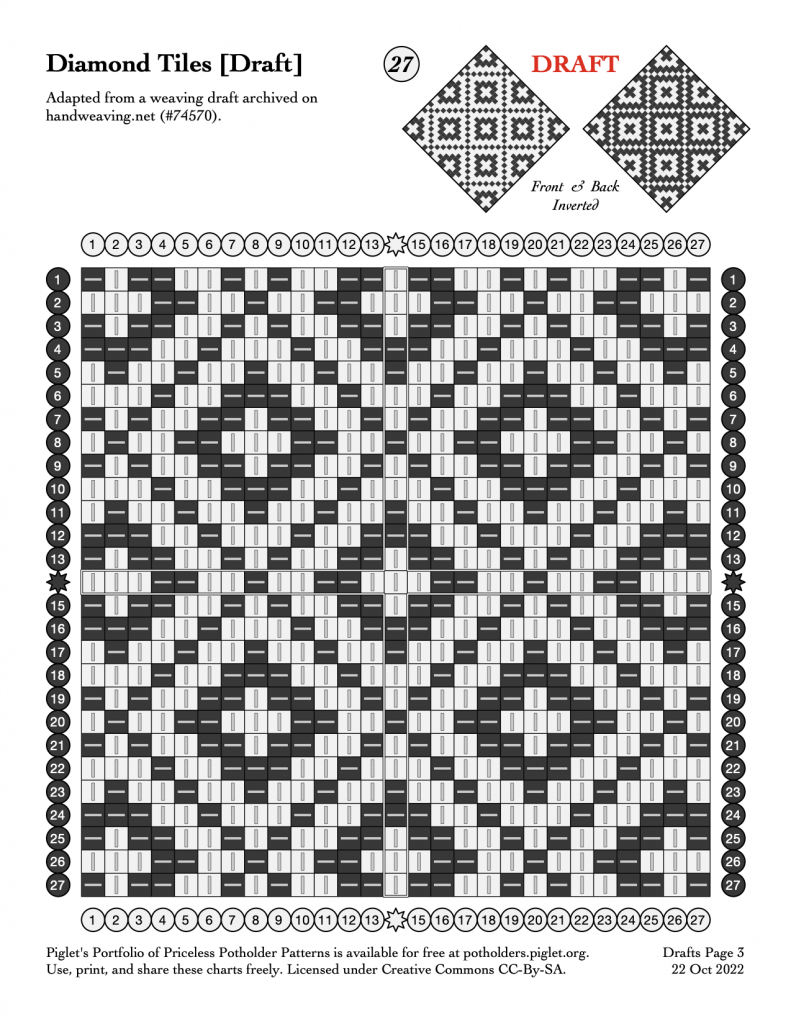 Piglet wove this one up just as quickly, and we crossed our fingers that it would be an improvement. 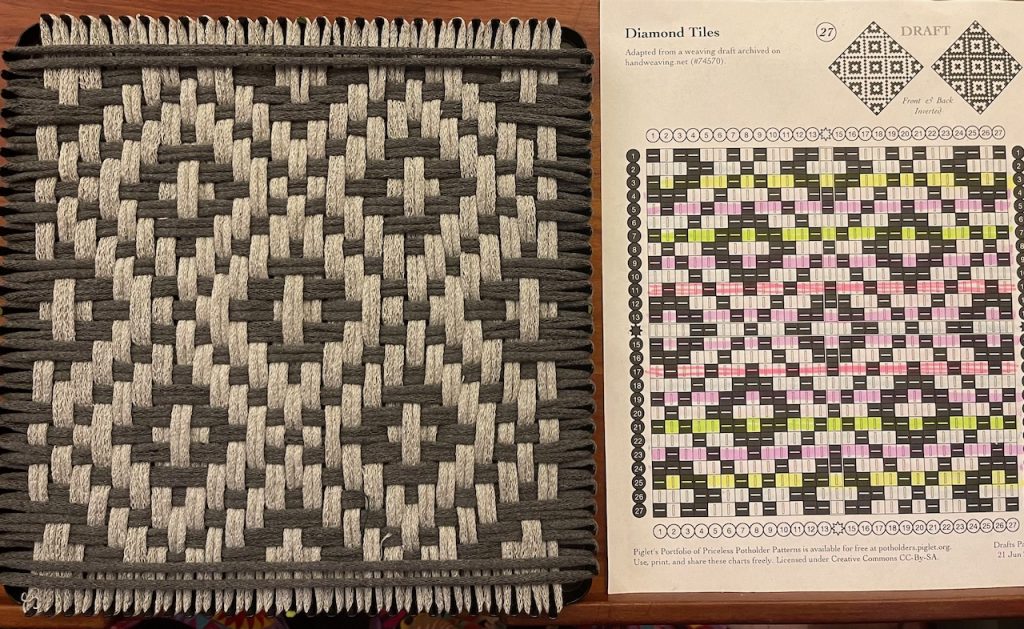 When it came off the loom, we were pleased to see that the results were much more regular.

But we were still not content with the center of the individual tiles, which lost their crosspieces when off the loom, leaving just a set of angled bars that broke the four-way symmetry of the diamonds. 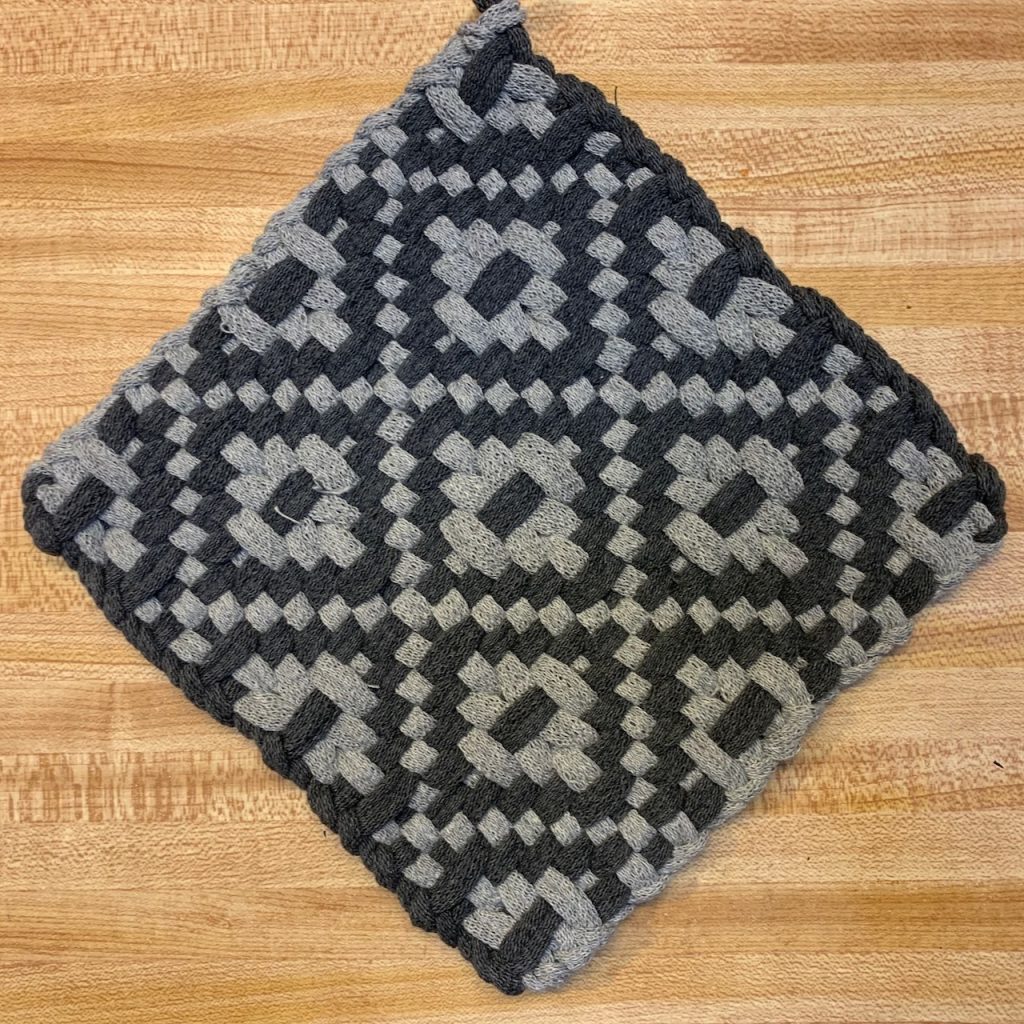 We were pretty sure we could fix this by switching the center pick of each tile, 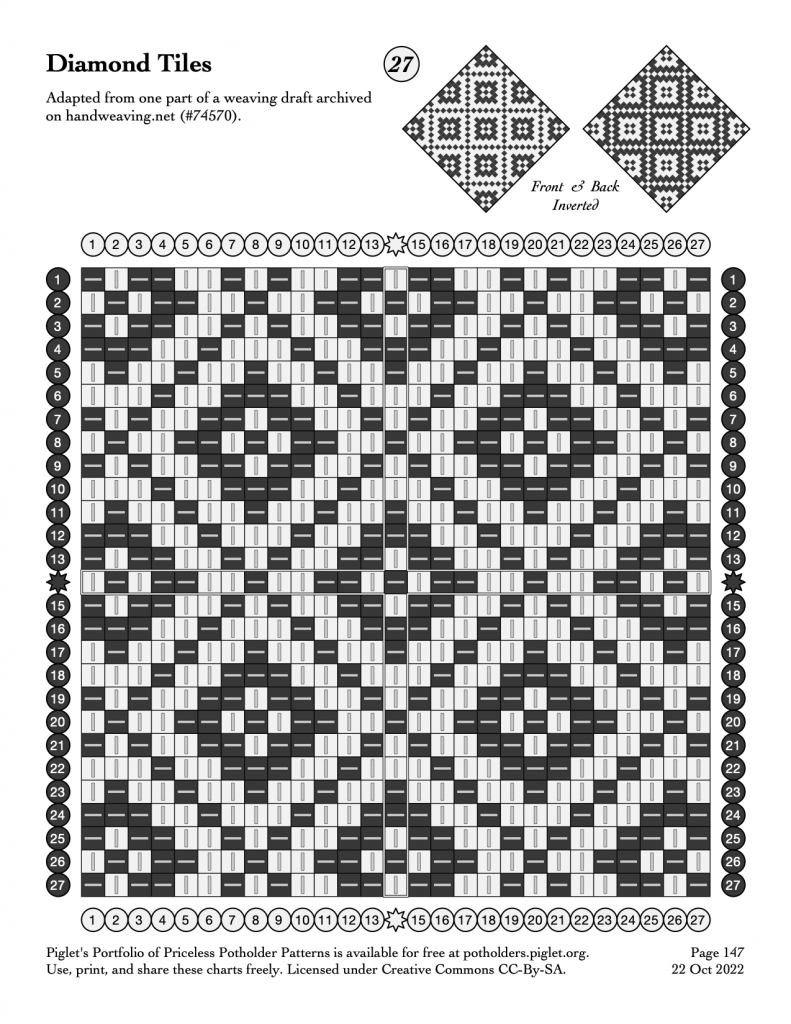 And sure enough, that wove up pretty much as we expected: 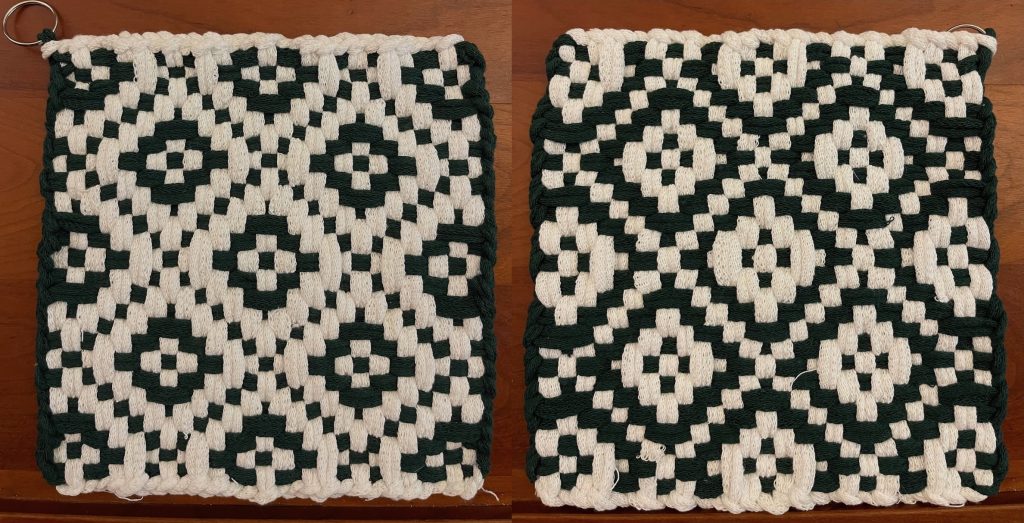 The result is much more evenly symmetrical. 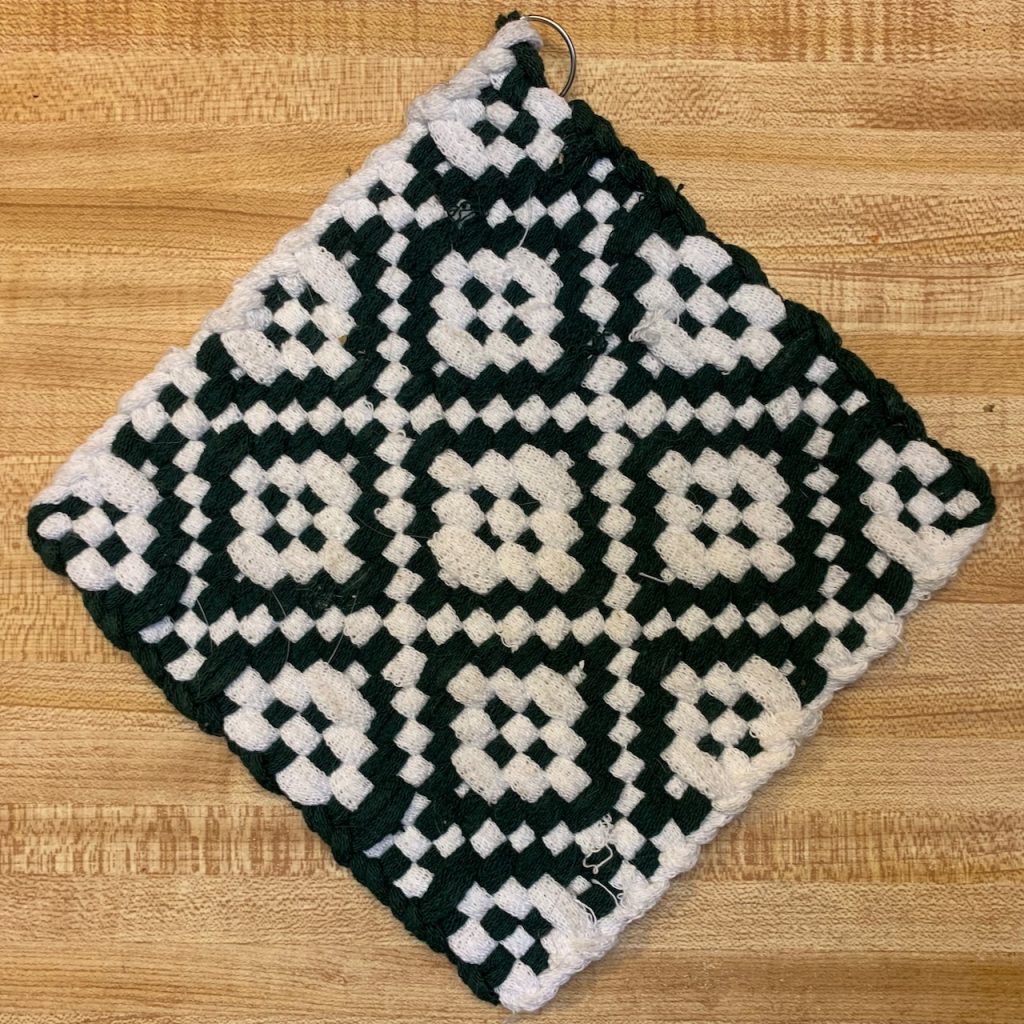 This version of the “Diamond Tiles” pattern has now been added to our portfolio, along with a related version named “Open Diamond Tiles” that has a bit more space in the middle of each tile. 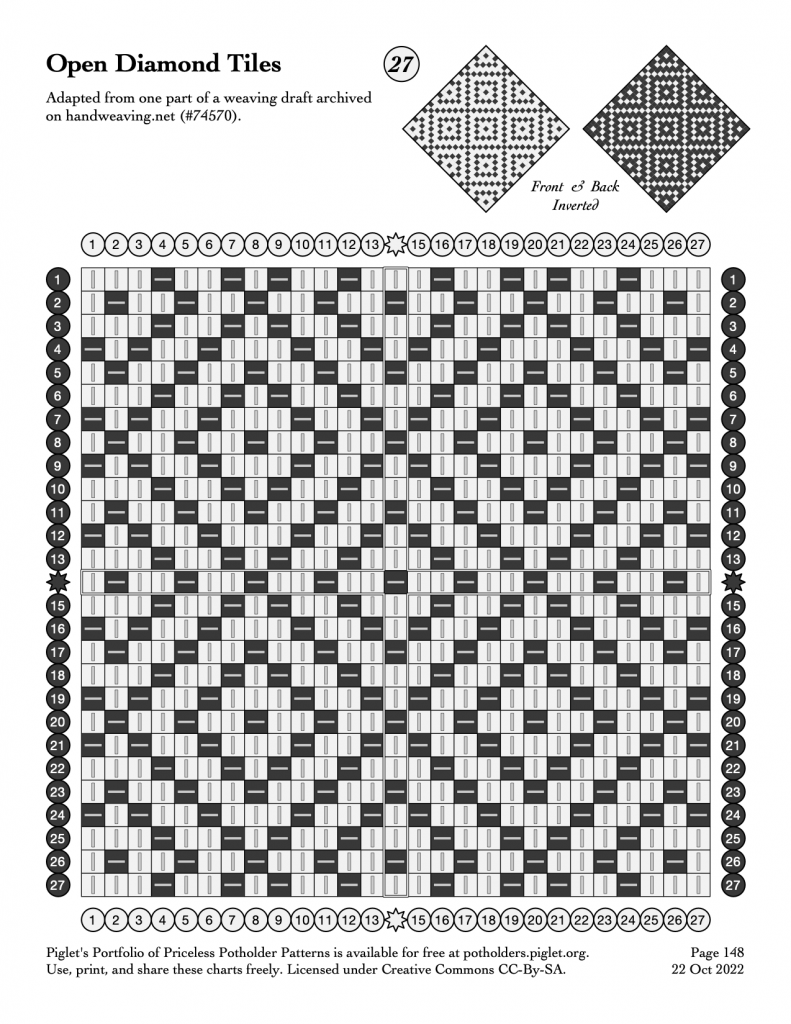 Piglet’s Portfolio of Priceless Potholder Patterns is a collection of free charts for weaving potholders from loops on peg looms.